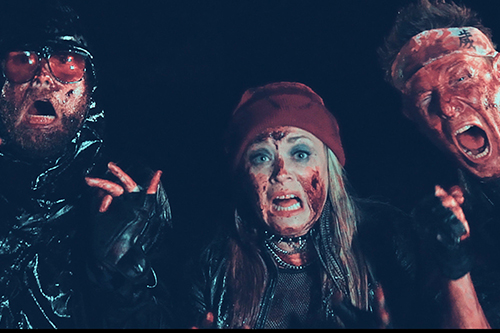 He eats, sleeps, drinks and freakin’ breaths it!  After getting kicked out the Army for staking a fellow soldier with a blunt two by four, Hawk almost dies of boredom working as a night security guard at a deserted office park in his hometown of Santa Muerte, California US,A.  Just when it looks like all Hawk’s options in life have expired…