Godard: One Plus One [Sympathy for the Devil] 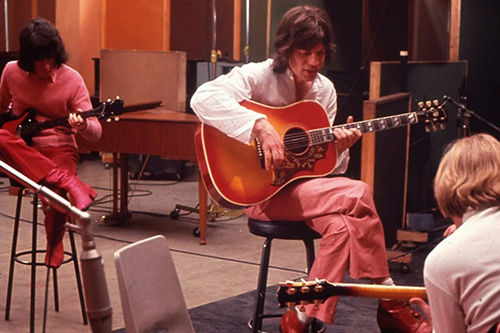 An exhilarating, provocative motion picture. The Rolling Stones rehearse their latest song, “Sympathy For the Devil,” in a London studio. Beginning as a ballad, the track gradually acquires a pulsating groove, which gets Jagger into a rousing vocal display of soulful emotion that Godard captures on film.

The film intercuts footage of the Rolling Stones working on the song “Sympathy for the Devil”; Anne Wiazemsky as “Eve Democracy,” sauntering through London in a gown as she is being interviewed by a TV reporter; and other scenes examining capitalism, activism, and political conflict.