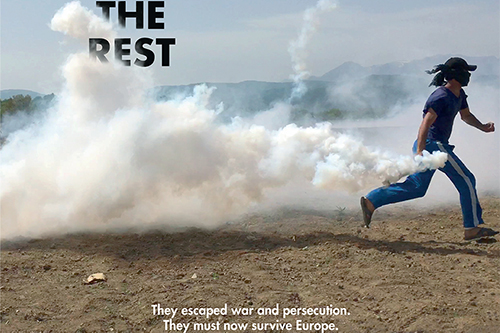 Cinema For Peace Foundation is hosting the opening of "Censored"

Refugees fleeing war and persecution in conflict-ridden countries, seeking refuge in Europe, have not found a safe haven. Instead, they now live in limbo within a disintegrating humanitarian aid system, no longer the center of media attention, yet unable to move forward with their lives. A follow-up to Ai Weiwei’s feature documentary Human Flow, The Rest is not only an accumulation of the refugees' own stories told in their own words, but also a mirror of the European political zeitgeist. These refugees' experiences demonstrate how pan-European values of liberalism and democracy have largely failed in practice and betrayed those most in need of help. (OmeU)