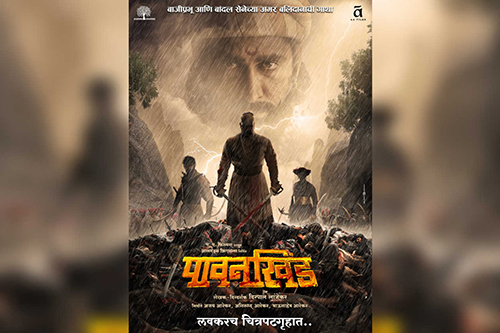 The story revolves around the life of the great Maratha King Chhatrapati Shivaji Maharaj- who leads the Swaraj Movement for the sake of the Nation- but he is trapped inside the Panhala fort due to siege laid by Siddi Jauhar of Bijapur and along with his men he sets on a path of rescue and fights against the odds.

This lead us to the historical rearguard last stand that took place on 13 July 1660 at a mountain pass in the vicinity of fort Vishalgad, near the city of Kolhapur, Maharashtra, that took place between the Maratha Warrior Baji Prabhu Deshpande and Siddi Masud of Adilshah Sultanate, also famously known as Battle of PawanKhind.