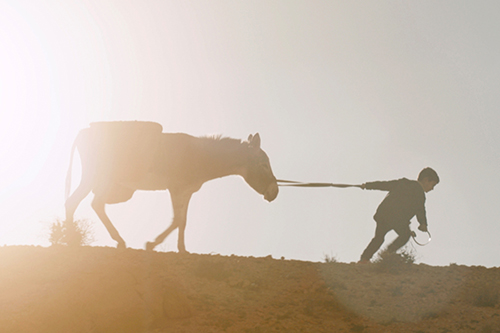 Mobile Kino presents a special Berlin screening of the 2020 Oscar Nominated Short Films. Every year Mobile Kino puts together a special event featuring all five of the nominated short films in selection for the upcoming Academy Awards. This year we have two different events for both the Live Action and Animation categories. Join us for one or both screenings at the beautiful and historic BABYLON cinema.

Five films are nominated for the Oscar® Shorts 2020. They come from the USA, Canada, Belgium and France and show intensive interpersonal relationships. A family is faced with a generation conflict due to new neighbors, girls are oppressed in an orphanage in Guatemala, juveniles organize a secret transport in a Tunisian village, a shepherd returns home with a new woman and a woman calls in the car for help by phone.

A SISTER
Delphine Girald
Belgium
2018
16 min
phone thriller
One Night. A car. Alie is in danger. To get through, she has to make the most important call of her life.

THE NEIGHBOR´S WINDOW
Marshall Curry
USA 2019
20 min
generation comedy
Alli is a mother of young children, frustrated by her everyday life and her husband. But her life is shaken when two happy 20-year-olds move in across the street.

SARIA
Bryan Buckley
USA 2019
23 min
Justice drama
Saria (12) and her sister Ximena come up with a bold plan to escape the horrific abuse at the orphanage that houses them.

NEFTA FOOTBALL CLUB
Yves Piat
France 2018
17 min
drug comedy
Two young brothers encounter a donkey in the desert. Oddly enough, the animal wears headphones over his ears and bags full of white powder on his back.