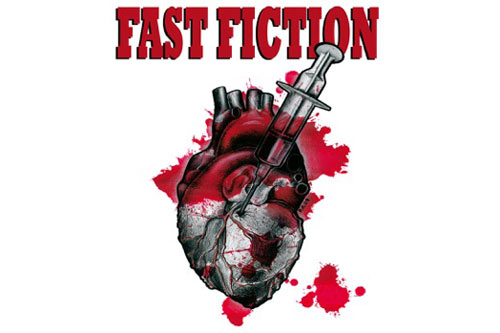 Fast Fiction: it was “almost” fiction – it was real and made up. It was a fusion of film and theater, performance and concert, dinner and entertainment. It was inspired by Pulp Fiction and other Tarantino movies, with a pinch of David Lynch and a large portion of “Wild West, Motherfucker!” It was put on stage and taking place at the notorious restaurant and club White Trash Fast Food: fictionized and realized with its employees, a band provided the soundtrack and (homemade) filmed sequences were in dialogue with live acting – the restaurant was the stage and the guests had found themselves sitting among the characters. 5 years later “Fast Fiction – The Movie” was made (directed and edited by Helen Suhr) from trashy recordings and exquisite clips of Fast Fiction (2009). Exactly 10 years after the premiere of the play, the film has found its way to this movie theater, providing evidence of “how it happened, who was there, how many got killed and who killed them…”