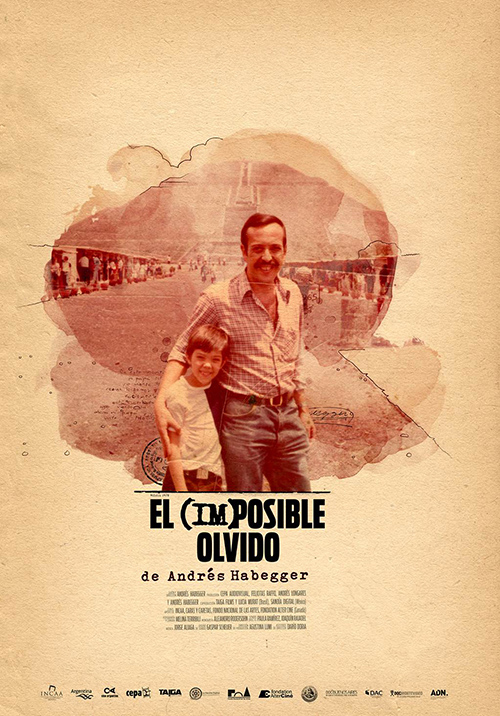 35 years ago my father disappeared forever. The last time I saw him was at Mexico DF airport in August 1978, when he was boarding a plane to Rio de Janeiro. There is a photograph of that day, but I don’t remember the precise moment, the conversation, the goodbye hug. If I did not have that photograph, that day would not exist in my memory.

In 1978 my father was an activist at Montoneros political organization and was kidnapped in a military operation in Brazil. I knew nothing about him since then. He turned into a ghost. A little time ago I recovered my childhood diary. I don’t remember writing it, but that is my handwriting and those are my words. I started to write the diary two months before his journey. When he disappeared I stopped to write. Its pages remained blank, only doodles and crosses in it. The diary was maybe, a way to capture all I was about to lose. Then I forgot all what was written there.

Through those diaries I started to recover oblivions and to stimulate some memories. Meetings with my mother and with people that were close to my father to understand who he was; a trip to Mexico to visit the places where I spent some childhood experiences with my father; a journey to Rio de Janeiro to enquire about his possible destiny. Today I go into those places where my oblivions inhabit and I understand that memory is made of memories and also full of oblivions. The (im)possible oblivion tells and thinks over how you live with what it is lost and yet leaves a trace.