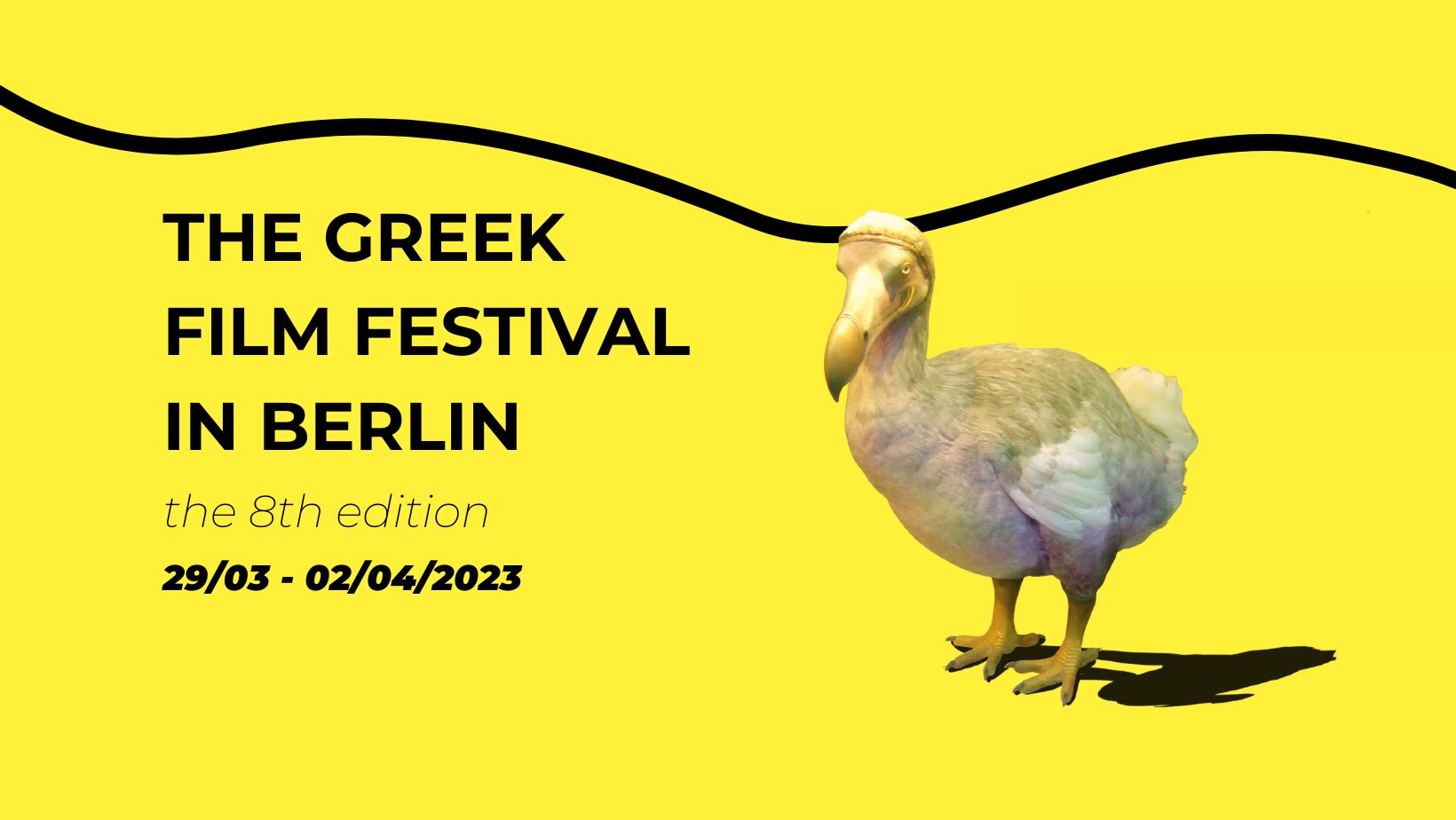 The Greek Film Festival in Berlin reveals its new keyvisual that will mark the upcoming 8th edition.
“A …bird as the keyvisual of a film festival? You look at the dodo and you smile but also laugh. If one looks at the keyvisual closer, it is already smiling along with the line above him. On the other hand, you feel a bit sad about his disappearance. This association leads us to the cinema, this beloved entertaining habit that has been through tough times lately. We wish that cinema will prevail surviving the crisis, and that it will not be lost like dodo, but will remain alive so that we can all enjoy it together for a long long time” according to the organisers.

The Greek Film Festival in Berlin is Berlin’s Greek film festival founded as Hellas Filmbox Berlin in 2015. The festival gives the German and international audience the unique chance to watch on the big screen the best of the new Greek film (and/or related with Greece).

The festival takes place every March in the heart of Berlin and the historic venue of Babylon. With the presence of filmmakers, producers, distinguished Jury members, film professionals, artists and organising discussions, exhibitions, installations and happenings, the festival is one of the leading film events in the city. Special thanks to the amazing and devoted festival audience.