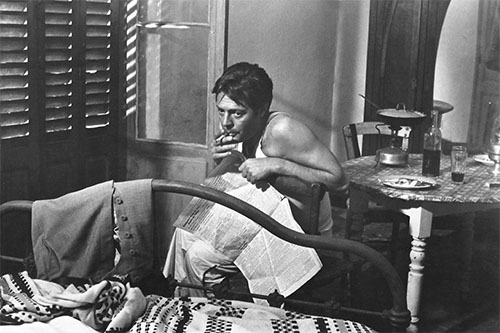 Visconti’s shattering adaptation of Albert Camus’s landmark work of existential humanism brilliantly translates the novel to the screen. Mastroianni is (perhaps unexpectedly) perfectly cast as the alienated, atheist Meursault who, due to a series of seemingly random events, shoots an Arab man on an Algerian beach and finds himself on trial for murder. The cosmic absurdity of Camus’s vision is delivered with a gut-punch by Visconti and Mastroianni in a stunning final scene that stands as one of the actor’s greatest moments. Long unavailable (and never released on DVD), The Stranger deserves to be rediscovered for its singular, haunting power.