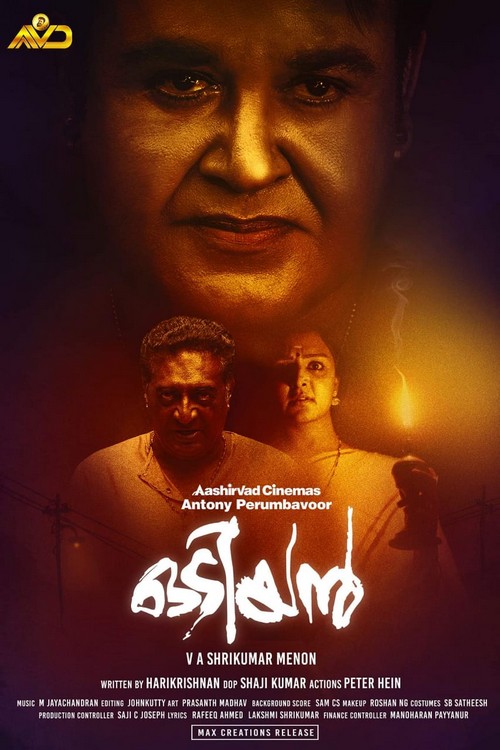 The film deals with the story of one of the most dreaded black magicians in the world .

It is based on the legend of the Odiyan clan, who in Kerala folklore are men possessing shapeshifting abilities, who could assume animal form.

Odiyans are said to have inhabited the Malabar region of Kerala during the era before electricity.