Dok.Ar: The house in Arguello 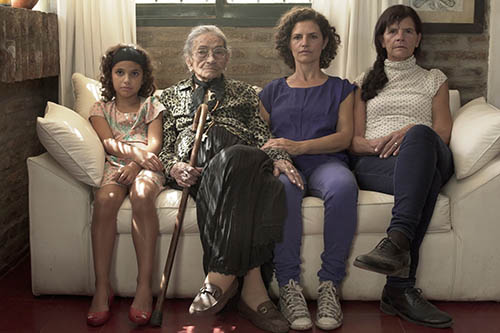 The bones (disappeared during the last military dictatorship in Argentina) are found. The return of the bo­nes to the family opens a wound.

New layers of information open through four generations of women in the family, where the pain experienced takes a new way.

Nelly, her family saga and the pain of having lost two of her children; Fatima, the fact of having been a political prisoner; Valentina, (directors film) a birth behind bars and the long road to reencounter her mother Fatima; Frida (Valentina’s daughter) is witness to the fact that moves her mother’s family.