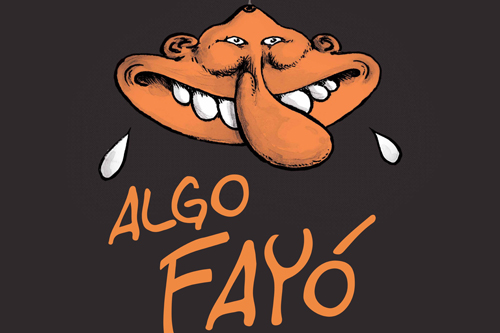 “One to tango” narrates the story of a comic creator who fled from his own comic and became a character of Buenos Aires night life. The journey that took him away from drawing comics to the universe of tango; from his initial success in the field to the decision of withdrawing from what had been his “world” up to that stage, shows a man not interested in money, neither in prestige nor in the so called professional life. He feels much more at ease carrying his guitar and singing tangos in nearby cafes than complying with deadlines and dealing with impatient editors.

Fayó has clearly decided that he would not do the slightest effort to make a living and he goes on to the extent of giving up his talent as comic creator. The story as a quiet understatement questions the nowadays worldwide highly competitive and consumer society.