Dok.Ar: They all are my Children 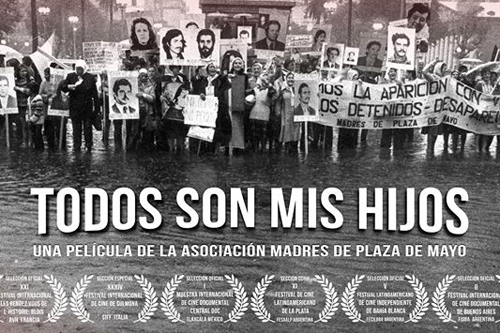 When a fierce military dictatorship takes power in 1976 and establishes a regime of terror that lets 30,000 people disappear, a group of women start to search for their children. They will become the most important political movement of anti-capitalist struggle and new forms of social identity in Latin America. After more than 42 years, the Mothers of Plaza de Mayo talk about the meaning of the struggle they are still fighting.