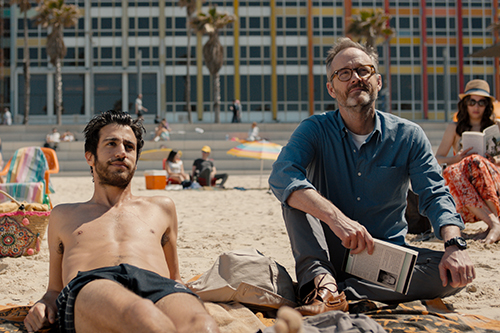 Comedy Drama, Romance - A new film from the awarded director of Yossi & Jagger

There is a sense of loss hanging over Michael, a gay middle-aged American travel writer who is visiting Tel Aviv for a New York Times piece. When he turns up at the apartment hes booked to stay in during his trip, he finds that the place is very much occupied. When he generously says that the charismatic tenant Tomer, a young, new-wave horror filmmaker, can stay too, his visit to the city takes on a very different character to the one he had planned.

With a fabulous sense of place, and insight into the energy, diversity, sexual freedom and culture that Tel Aviv embraces, Michaels journey around the city helps him to recognise whats essential to him.