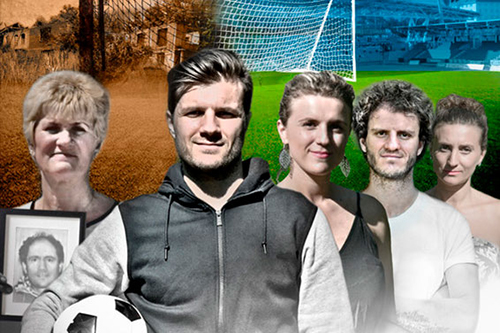 When a family of refugees arrives in a new country the life change is strange or even frightening especially for the parents. While it might be easier for children to adapt to their new surroundings, they face the pressure of growing up in a cultural melting pot: having to be cool amongst peers, but live up to and meet expectations of their family.

The documentary Homeland Kosovo-Finland (2018) tells the story of the nowadays famous Hetemaj family arriving in Finland having left their home in Kosovo in 1992. How do the children cope between the pressure from friends and parents? How can Kosovan parents build a better future for their children in a socially progressive western society?

Now that the Hetemajs’ children have grown up, they work in politics and as professional footballers. Perparim Hetemaj is the captain of his Serie A team (Chievo Verona) in Italy and Mehmet Hetemaj plays in Finland’s top flight. When the Finnish National Team plays against Kosovo in 2016-17, Perparim has to choose between his two lives: will he represent the Finnish or Kosovan squad?

This thought-provoking and inspirational documentary reveals the secrets of the family’s success, as well as the price they have had to pay. Regardless of your background, Director Olli Laine’s film offers an insight into cultural difference, life as an asylum seeker, integration, and tragic events of the Balkan’s recent history.

The film offers an intimate insight into the famous refugee family’s life from the 1980s onward thanks to home video footage and photo albums.