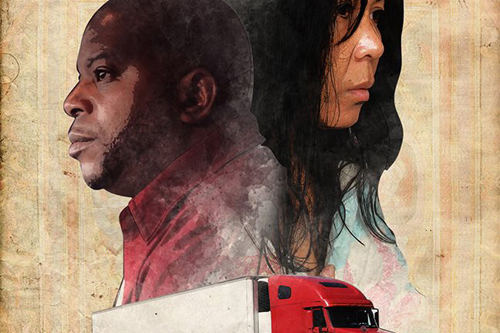 An undocumented Tibetan immigrant and a reckless Dominican-American truck driver forge a relationship that helps them overcome the adversities and heartbreak that life brings. Dechen, an undocumented worker, and Oscar, a reckless truck driver plagued by addiction, are immigrants to the United States who arrived under traumatic circumstances. Oscar teaches Dechen to drive, and Dechen provides companionship and support to Oscar through his failing health. Their relationship develops and deepens across identity differences due to reciprocity and their shared love of food. Director’s Statement: “Immigration in the United States has entered a ‘dark phase.’ Immigrants with strong ties to this country are being uprooted and often deported without a fair trial. Hate crimes and the negative rhetoric towards immigrants all around the world have significantly increased. As an Indian-American who immigrated fifteen years ago, I am hurt and terrified at the unpredictable future for immigrants. I would like this film to offer more than sheer entertainment. It is an attempt to humanize such hardworking and virtuous immigrants and to begin to shift some of the negative perceptions that abound in this country. I hope to convey the sentiment that immigrants enhance the lives of all of us who live here, and though their journeys are often steeped in hardship, the stories also embody hope and the opportunity for second chances.”