RFF: We have to go + South Sudanese, Refugees in the West Nile Region 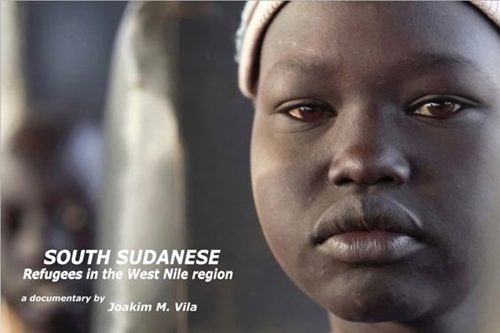 Reports about chaos, panic and troop movements are being broadcast on the radio. Both her husband and kids are away, the war has struck Sweden very suddenly. Despite this, Lisen and Per decides to head out on the Swedish countryside to track down their kids.

"SOUTH SUDANESE, Refugees in the West Nile region" is an independent documentary by Joakim M. Vila that tells the story of refugees fleeing a bloody civil war and looking for a safe place beyond their borders. Uganda will be the host country that will receive more than one million South Sudanese, the vast majority in the northern West Nile region, and who will give them assistance, protection and a new home in one of the 22 refugee settlements. The documentary makes a humanized journey of refugees from their arrival at the border, their transfer to reception and transit centers, their passage from medical examinations and biometric records to health centers, educational centers and orphanages. It will be the South Sudanese, the refugees themselves, who will give an account through their experiences, brave witnesses and war victims who will delve into their silenced world to let us know that theirs is also something for everyone.

Anas Modamani arrived in Berlin in 2015 after making the trek from Syria and celebrated with a selfie with Angela Merkel he posted to Facebook. But his photo quickly became a ‘fake news’ post, going viral. Overnight, Anas found himself in the crosshairs of a geopolitical debate threatening everything he had built in his new home. Deciding to take matters into his own hands, he brought a lawsuit against Facebook, one of the most powerful companies of our time. But what happened on his day in court? In our new and rapidly evolving media ecosystem, the story of Anas Modamani offers an inside glimpse into the online fake news and hate speech scandals that have rocked the world over the last few years.