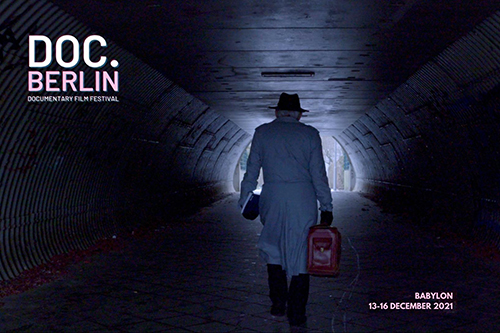 Synopsis:
LUMEN (CANADA) BY SARAH SEENÉ
Lumen (meaning ''light'' in Latin) is a sensory film shot on Super-8 that portrays a young girl with oculocutaneous albinism. Despite the hypersensitivity caused by this genetic disease, the depigmentation of her skin and eyes gives her an extraordinary aura. Running time: 1:40 Min.

PERFORMER (GERMANY) BY JANNIS ALEXANDER KIEFER
After two years as the Stand-In of Matthias Schweighöfer and more then 700 shooting days as an Extra, Paul Kupetz is looking for his own place within the filmbusiness. Running time: 14 Min

LUCA (M/W/D) (GERMANY) BY HANNAH SCHWAIGER, RICARDA FUNNEMANN
Society generally distinguishes between two sexes: male and female. In Germany there is a new law for a new legal gender "divers", which refers to a gender spectrum between male, female and beyond. "I feel my own sex very changeable, it never feels like I am a man or a woman. But only a body to which belongs a spirit and a mind that creates“, this is how Luca describes themself. Running time: 06:55 Min

HOUSE CALLS (GERMANY) BY ANNE MÜNCH
'House calls' is a portrait about an 80-year-old philosopher who goes from door to door to prepare people for the great occasion of Immanuel Kant’s 300th birthday. In search of closeness, he wants to get to the bottom of the pressing issues of our time. Running time: 88 Min