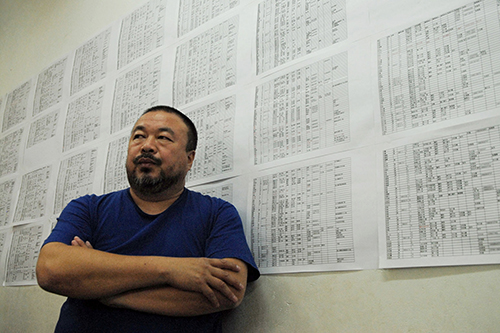 On May 12, 2008, an 8.0-magnitude earthquake struck Wenchuan, Sichuan province. Over 5,000 students in primary and secondary schools perished in the disaster. In the aftermath, Chinese authorities suppressed information regarding the number of student deaths. Ai Weiwei initiated a ‘Citizens' Investigation,’ uncovering the names of over 5,000 victims. In October 2013, Ai began Shouting Out, an audio work in which he shouts the individual names of the students. In two months, he shouted 2,639 names before losing his voice. The remaining names are shouted by assistants from his studio. Over a period of eight months, all 5,196 names were shouted.