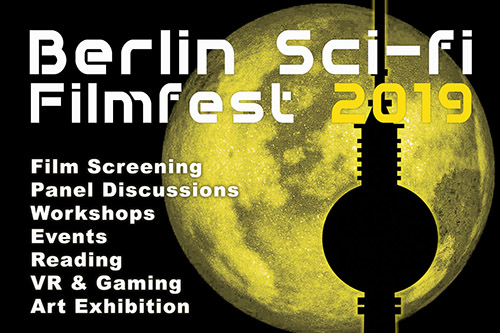 "Fantazmat" is a third music video of Polish indie band called Blauka. This 70's-stylized song and 'out of this world' video inspired by retro-futurism is about searching for a perfect and imaginary lover, who is so ideal that he can't be real.

The Year is 2037, Europe is in shambles. Owner of the last well with natural clean water lives in Croatia. After one of his sales of clean drinking water ends in bloodbath, he becomes a substitute father and a husband. But when the well dries out, he makes one last "trade"...

A Sci-Fi / Fantasy anthology that dives into events beyond our imagination. Each stand-alone episode tells a different story. Applicant 377592 (Experimental)

What's the personal feel of freedom, the method of best performance in society or the way of efficient working? There're no answers, just one try of an interpretation.

‘Triskelion’ weaves a dark abstract exploration of the ‘Alice in Wonderland’ theme and mind control. Three realities spiral as a woman sacrifices everything attempting to escape the labyrinth, fighting to become the master of her consciousness.

Three friends share a special coffee maker that leads them to the apocalypse: instead of coffee, it produces pin badges which give superpowers to those who wear them.

My Brain Is Bigger: Rise & Fall of Elektro the Smoking Robot (Documentary)

A documentary look at the life of America's first celebrity robot. Siege (Thriller)

In a futuristic universe, Aditya tries to commit suicide to escape the bloody violence orchestrated by his brother. He now has to choose between being eternally captive in the illusory world of coma pushing him on the edge between life and death, or facing the atrocities of reality, in order to accomplish his destiny by becoming a symbol of hope.