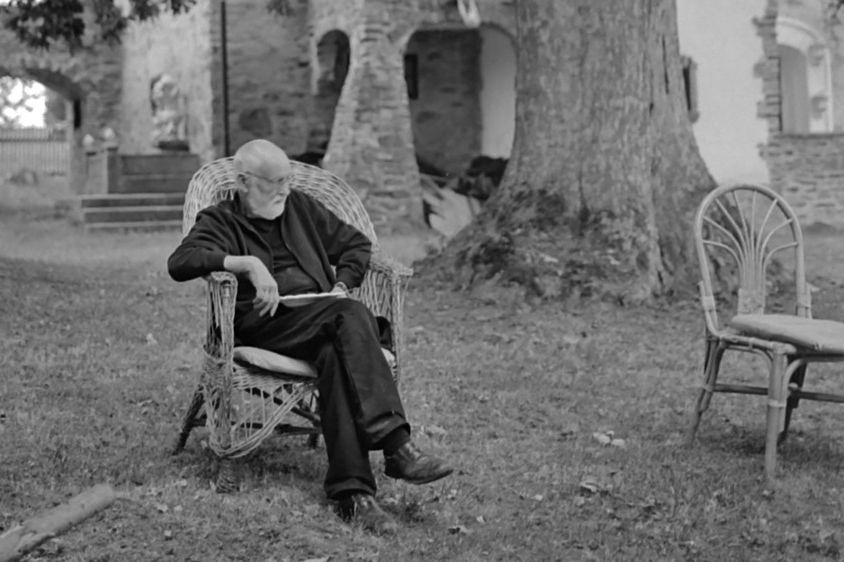 Jan Daňhel and Adam Ol’ha’s film ALCHEMICAL FURNACE opens with the final stages of production of Jan Švankmajer’s latest – and according to him, also last – feature-length film INSECTS. This sets the stage for a creative “parasitic” documentary chronicling the daily behind the scenes activities of Jan Švankmajer as film-maker and above all creative artist, and the production company ATHANOR, which since the 1980s has served as exclusive producer of Jan Švankmajer’s films and exhibitions.

The film’s other protagonist is the producer Jaromír Kallista, who has produced all of Švankmajer’s feature films for ATHANOR. The name denoting a Renaissance-era alchemical furnace, it is within ATHANOR that raw reality is transubstantiated into the “gold” of a magical and imaginative universe. From there follows the question: can the workings of the imagination and the creative process be monetized?

The documentary is not simply a portrait of Jan Švankmajer – using the language of cinema it brings to life another formative personality inseparable from Švankmajer, his late wife, the the artist Eva Švankmajerová. Her energy completes the alchemical trinity of the ATHANOR alloy. Without presenting a strict chronology, the film surveys their creative processes and art, and is thus not merely a summary of past achievements but rather a living, imaginative and playful situational film.
The filmmakers are themselves immersed within this intimate creative process. It is through this intimacy that they inquire into its very nature – seeking its constants, dominants and variations. Where does it derive from, and what are its sources? At the same time, the film explores parallel lines of inquiry through the principle of analogy and imaginative thought, making new connections between cinema, art, obsession, collecting, subversive thought and reflection on the crisis facing Euro-Atlantic civilization. Using a variety of film formats the makers playfully and imaginatively bring into focus Švankmajer’s lifelong credo of putting the CREATIVE PROCESS BEFORE THE ARTIFACT.

An important line in the film is Švankmajer’s membership in the Group of Czech and Slovak Surrealists, without exaggeration his second family. The Group convenes, among other places, at Horní Staňkov, a rural chateau that Švankmajer and his wife Eva reconstructed into a sort of “Surrealist fortress”, the refuge of his personal as well as collective obsessions, the ghostly animist objects, magical fetishes and ritual paraphernalia from Africa and Oceania that Švankmajer collects with a passion, much in the spirit of a Mannerist KUNSTKAMMER. The film ALCHEMICAL FURNACE takes this a step further in contemplating abstract issues of art and creativity within broader philosophical, magical, cultural and social contexts.

In this way ALCHEMICAL FURNACE reveals a comprehensive picture of the sources of creativity of one of the most remarkable and seminal artists and filmmakers of our time: his permanent infantilism, creativity, play, and relentless process of liberation in the sense of OPENING POSSIBILITIES AGAINST REALITY. It also shows that great and internationally relevant films can be made without a huge production apparatus, in an almost family-type atmosphere. And that through the authentic experience of the magical world one can even conquer death.