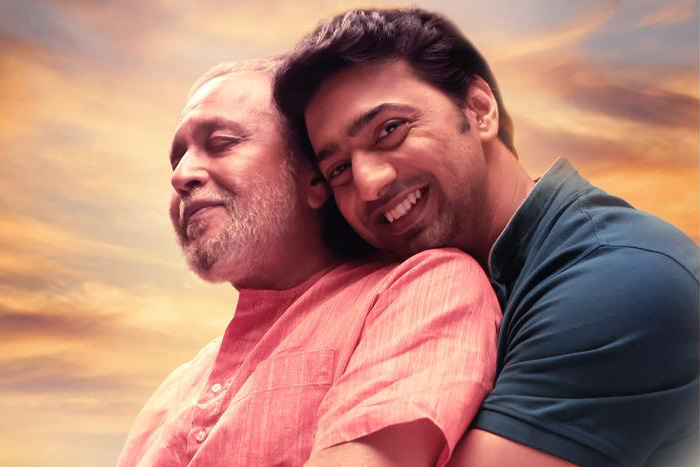 This story is an unusual family drama that focusses on relationships, the struggles of loneliness and how one breaks free.

The story is about a retired 65-year widower, Abani Roy Chowdhuryand his family.

Abanibabu in his hay days was Kolkatas extremely sought after and successful Officer in Kolkata Police but currentlyliving all by himself as his son, Deepak works as an event manager and has a very busy schedule.

Abani Babu had married off his daughter four years back and is extremely interested to get his son married as well as he felt the family lacked womanly affection and someone to pull the strings together. He, owing to his age, was unable to carry out and supervise all the household chores as the part timer servants were irregular. Deepak had no plans of marrying anytime soon as he felt he needed to settle his career first and then his marital life. His motto goes somewhat like this If your life is not STEADY, dont consider yourself marriage READY.

All this added to Abanibabus worries and this difference of opinionsstarted a tug-of-war between the father and the son that made Abanibabu often wonder about his current struggles and past happy times looking at his wifes portrait hanging against the wall. Amidst this daily ruckus, Deepak happened to meet someone at work with whom he started going out as friends but slowly the two started falling in love.

On the other hand, Abani Babu after many years has recently come in contact with a college friend Kusum, who stays alone in the city as her husband had passed away in a car accident, twelve years back. Deprived of his wifes love and affection for a long time Abani Babu bonds well with Kusum as they enjoy each others company and have many common memories to share from college.

Meanwhile, Deepak started getting pressurized by his girlfriends family for marriage and settlement which made him realize that he would not be able to postpone his marriage indefinitely anymore. On approaching his father and sister about his marriage, Deepak was presented with a counter proposal of his fathers marriage that changed the whole scenario of who should get married first, father or son.

From here the story takes on an unseen curve which talks about the father son relationship, involvement of the daughter and her husband in the family and how it alters with their individual opinions and decisions.