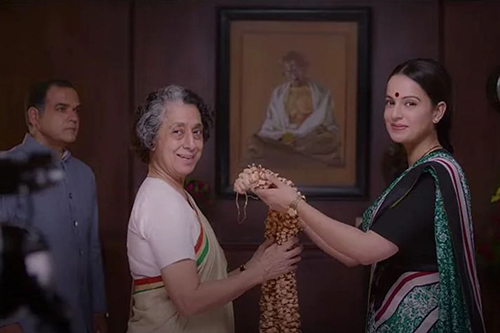 Thalaivi is an upcoming Indian multilingual biographical film about the life of J. Jayalalithaa, politician and film actress who served six terms as the Chief Minister of Tamil Nadu, with Kangana Ranaut playing the role of Jayalalithaa. The film is directed by A. L Vijay.

The film will focus on the journey of a woman who has been successful in a male-dominated world. The most beautiful thing about her is that she has a powerful mind and is very strong willed; she is an inspiration for many. There will be honesty in the biopic, not drama.