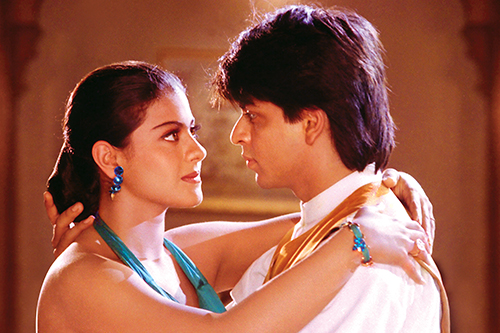 A trip to Europe with romantic consequences: On his Interrail tour, Raj (Shah Rukh Khan) meets Simran (Kajol), a girl from a good family. At first she successfully avoids his advances: She is promised to someone else. But in Switzerland, on moving trains and fragrant alpine meadows, she succumbs to his charm, and it soon becomes clear that they belong together. Only Simran's family opposes their happiness.

DILWALE DULHANIA LE JAYENGE marks the birth of the dream couple Shah Rukh Khan and Kajol and is undisputedly a milestone in Indian film and cultural history. In addition to the celebrated Swiss myth, all the important basic ingredients of solid Bollywood cinema come together here, making the film one of the most successful Indian productions of all time, which can still be seen in Indian cinemas today.