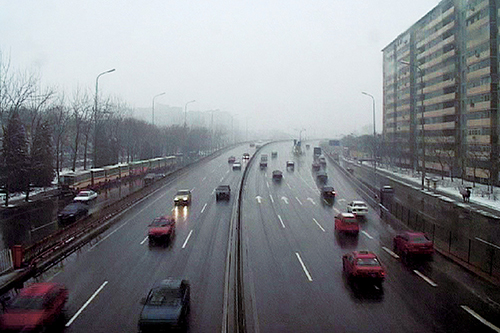 Beijing: the Third Ring documents the two opposing views of traffic flow on 55 bridges along Beijing’s Third Ring Road. A single frame of one minute is recorded for each view on each bridge. The entire piece is made up of 110 segments, entirely shot on sunny days, in contrast to Beijing: the Second Ring, which was filmed entirely on cloudy days.