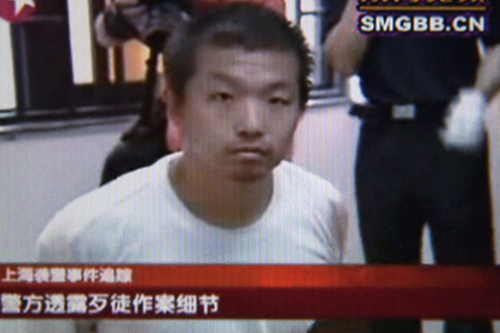 On July 1, 2008, Yang Jia allegedly killed six police officers, injuring and wounding others, in a dramatic premeditated assault on the Zhabei Public Security Branch Bureau in Shanghai. He was arrested on the scene and later charged with intentional homicide.

In the ensuing six months, while Yang Jia stands trial, his mother, a key witness, mysteriously disappeared. Documenting the trial process of Yang Jia’s seemingly open-and-shut case, filled with shady cover-ups and a lack of due process, One Recluse provides a glimpse into the realities of a state-controlled police and judicial system and its terrifying impact on citizens' lives. (OmeU)